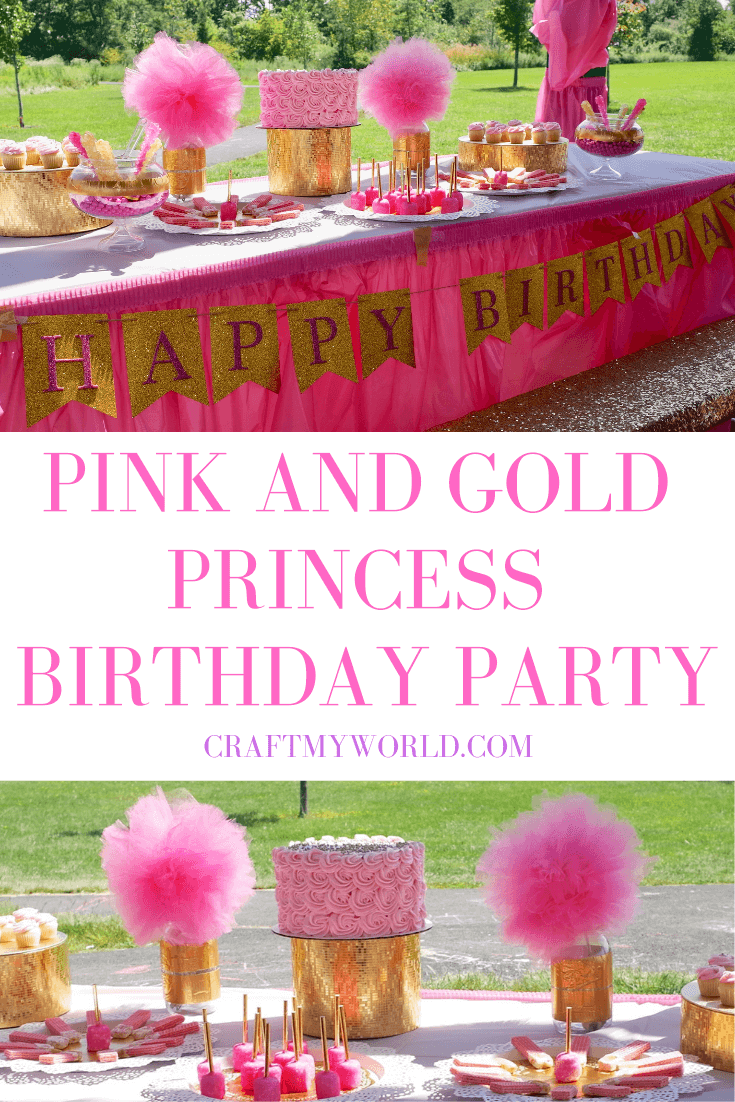 My 4 year old daughter asked for a princess party for her birthday. She wanted everything to be pink and gold! She chose Princess Aurora since she wears pink :). I didn’t even know who that was until I searched and came to know it is Sleeping beauty!

This was an outdoor party in the park pavilion. This was my first time decorating an outdoor party! There is a long list of decoration fail which is a topic for another day :). 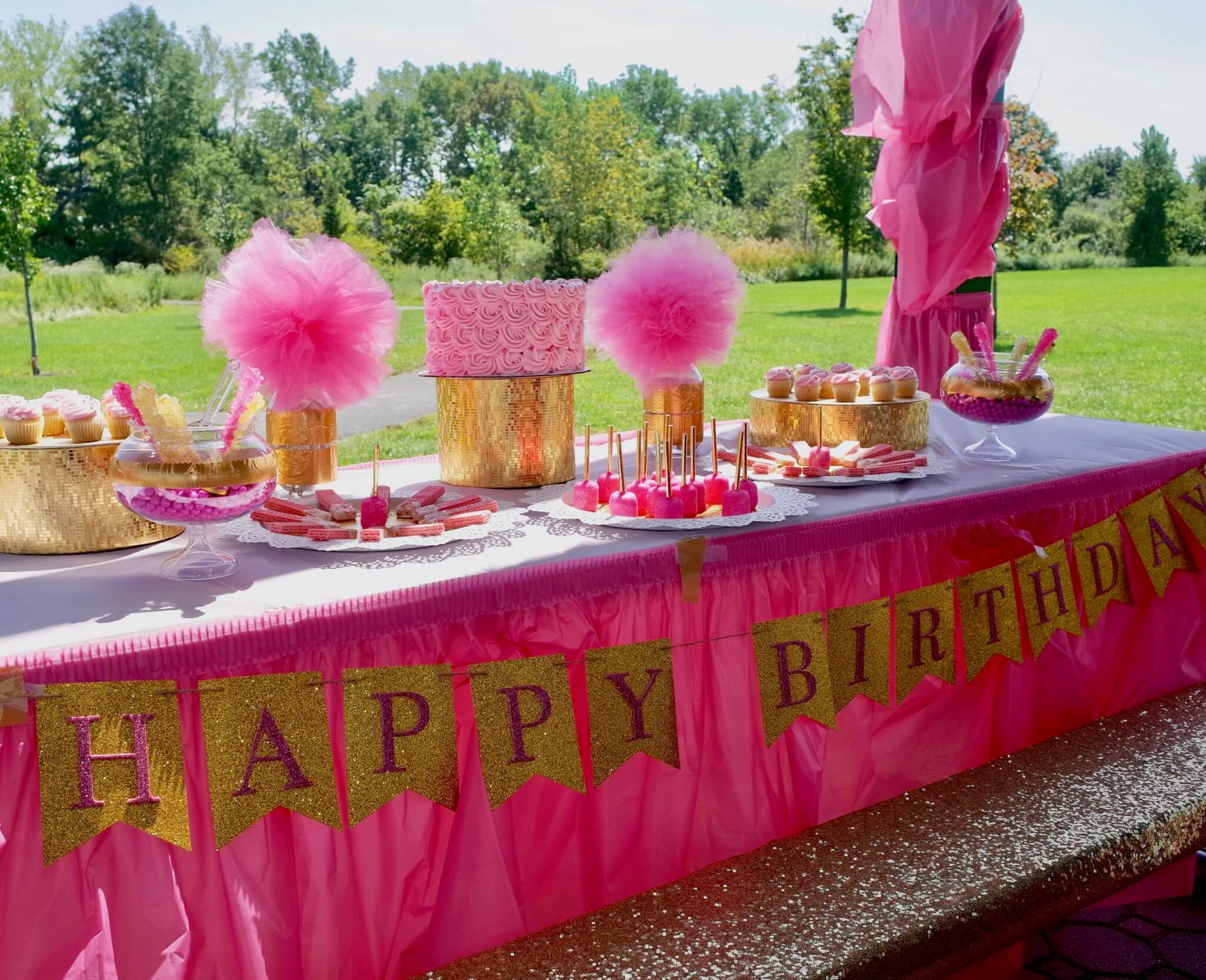 The dessert table and all other picnic tables were covered with linen looking plastic table cloth with table skirts. I bought the gold sequin runner to cover the seating area on the dessert table. I usually do everything DIY but this time I bought cake stands and Happy birthday banner. As long as it was pink and gold, It was good to go!!

I made all the big tulle pom poms for the dessert table and as centerpieces for other tables. This was kept in a mason jar wrapped in gold duct tapes. Never forget to put something heavy in the mason jars! Mine kept falling down from wind!

Here are are the list of things I bought for this party. 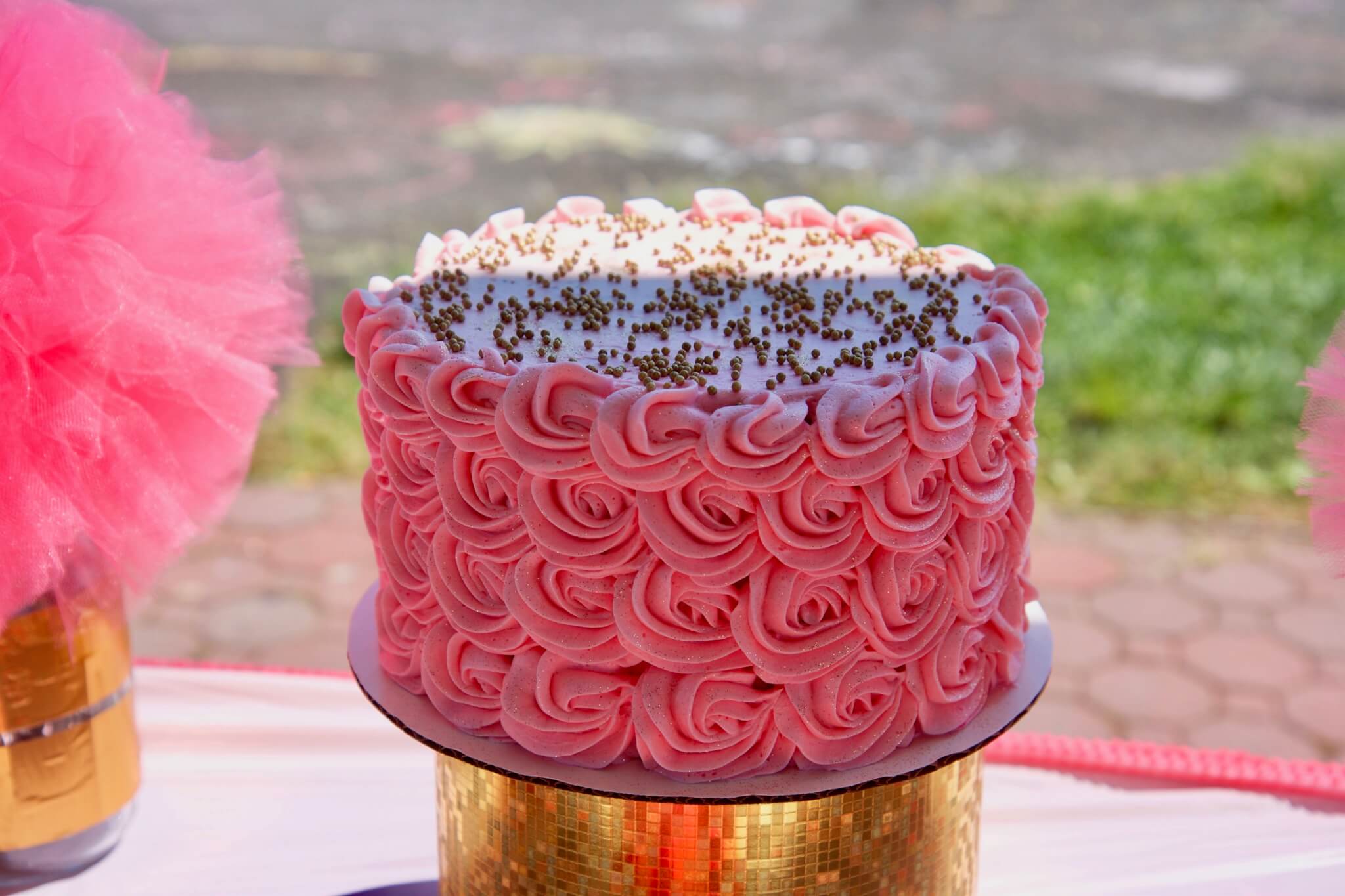 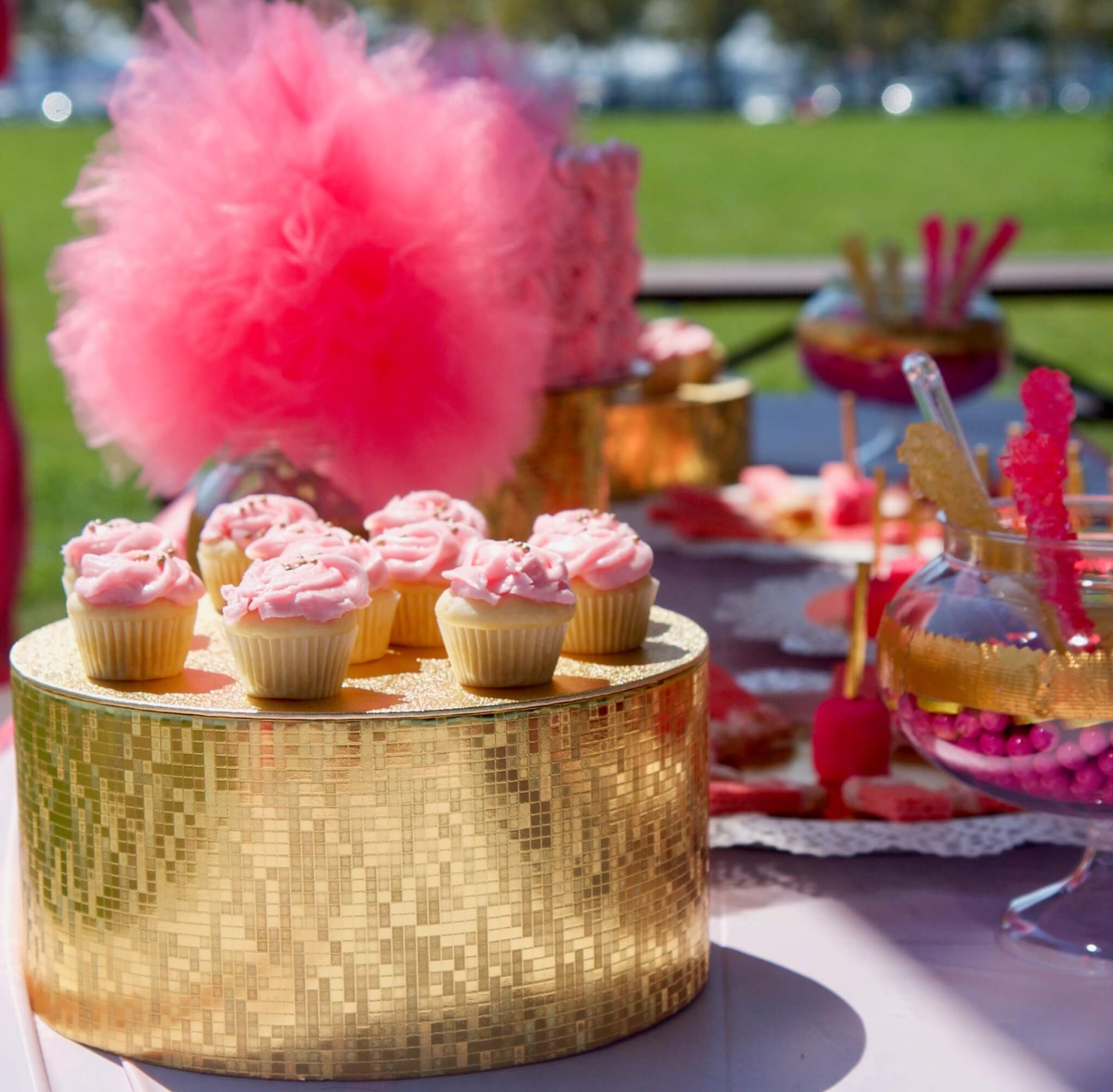 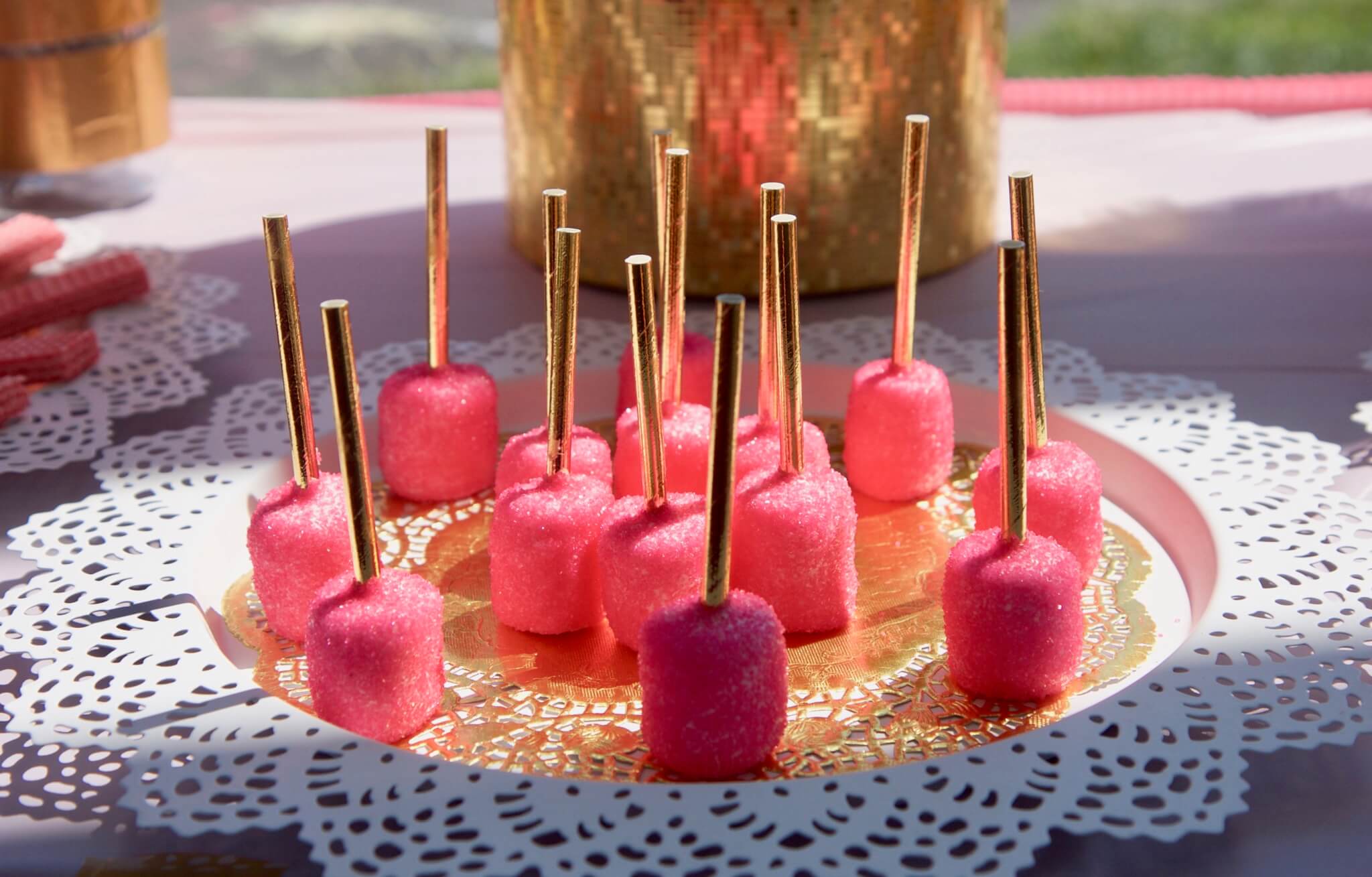 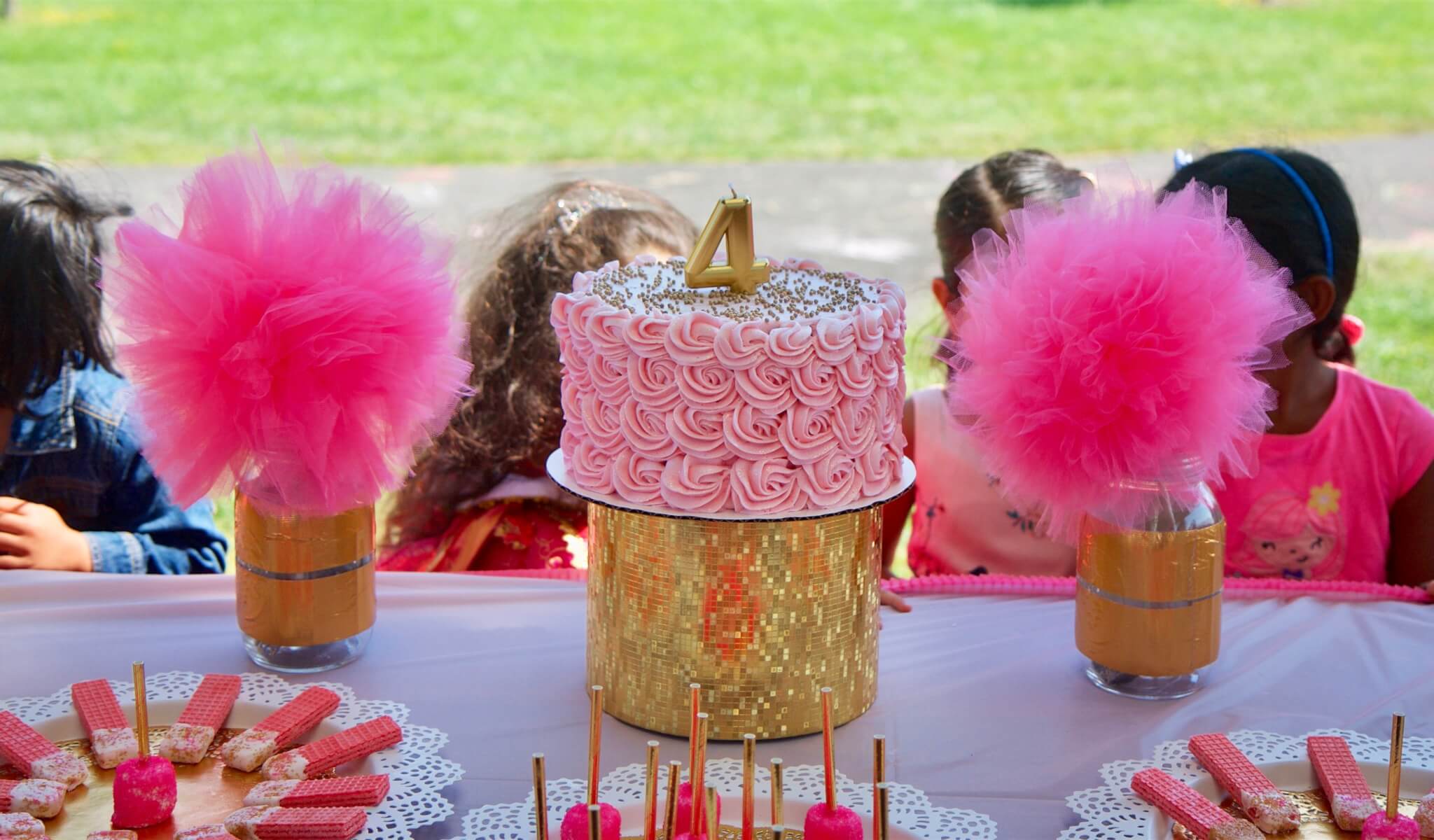 I had bought a big Princess Aurora backdrop for the dessert table. Instead of using a stand, I tried to just hang it with pillars in the pavilion which was a total disaster! I just took it out and let nature be the best backdrop for the party :)! Big shout out to my friends for helping me set up the party!

I didn’t have to plan any activities for the kids. All the kids got water sprays instead of water gun, big bubble wands, beach balls with treats as a party favor. They used all of these at the party to play and run around. I would have added few side walk chalks to the party favor which I totally forgot at the last minute! 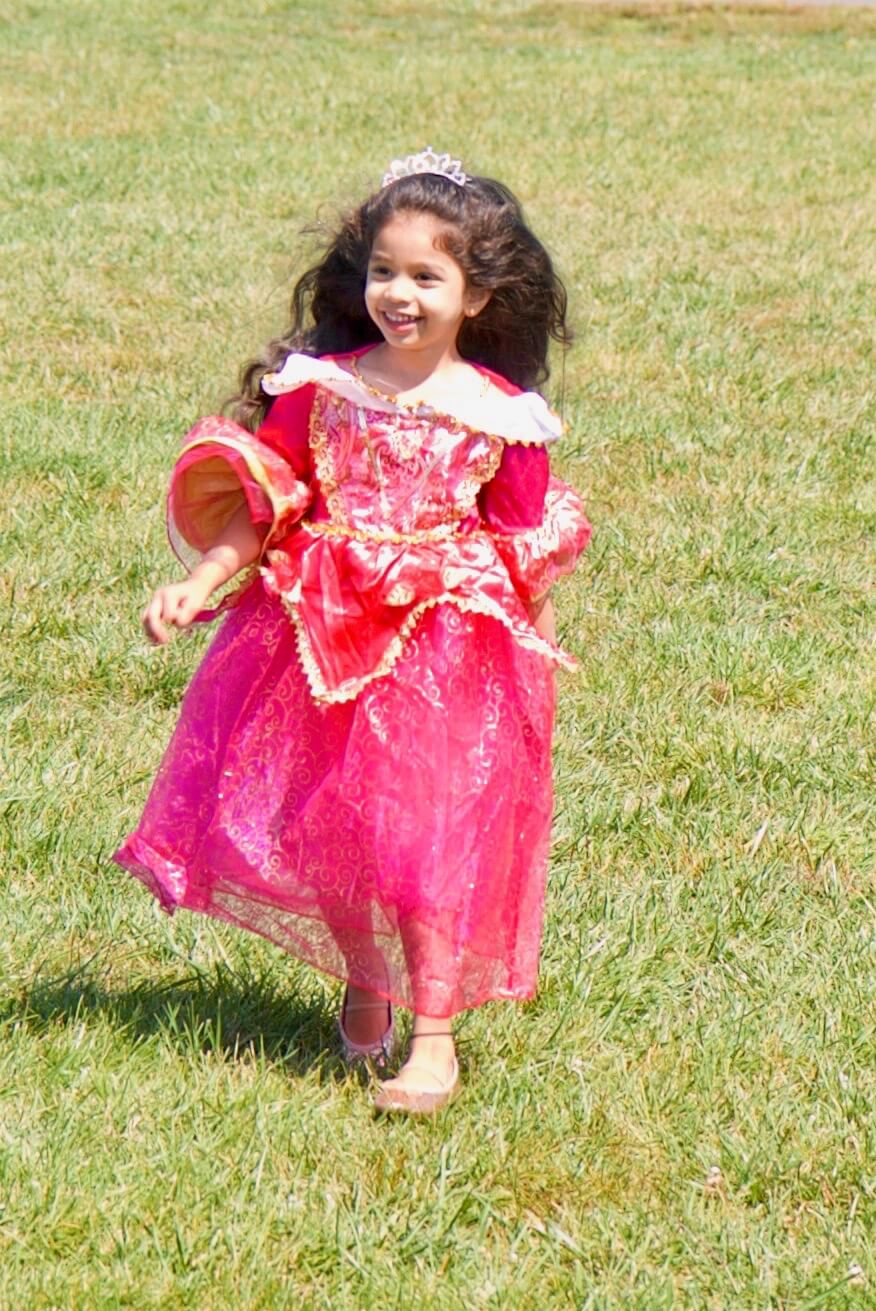 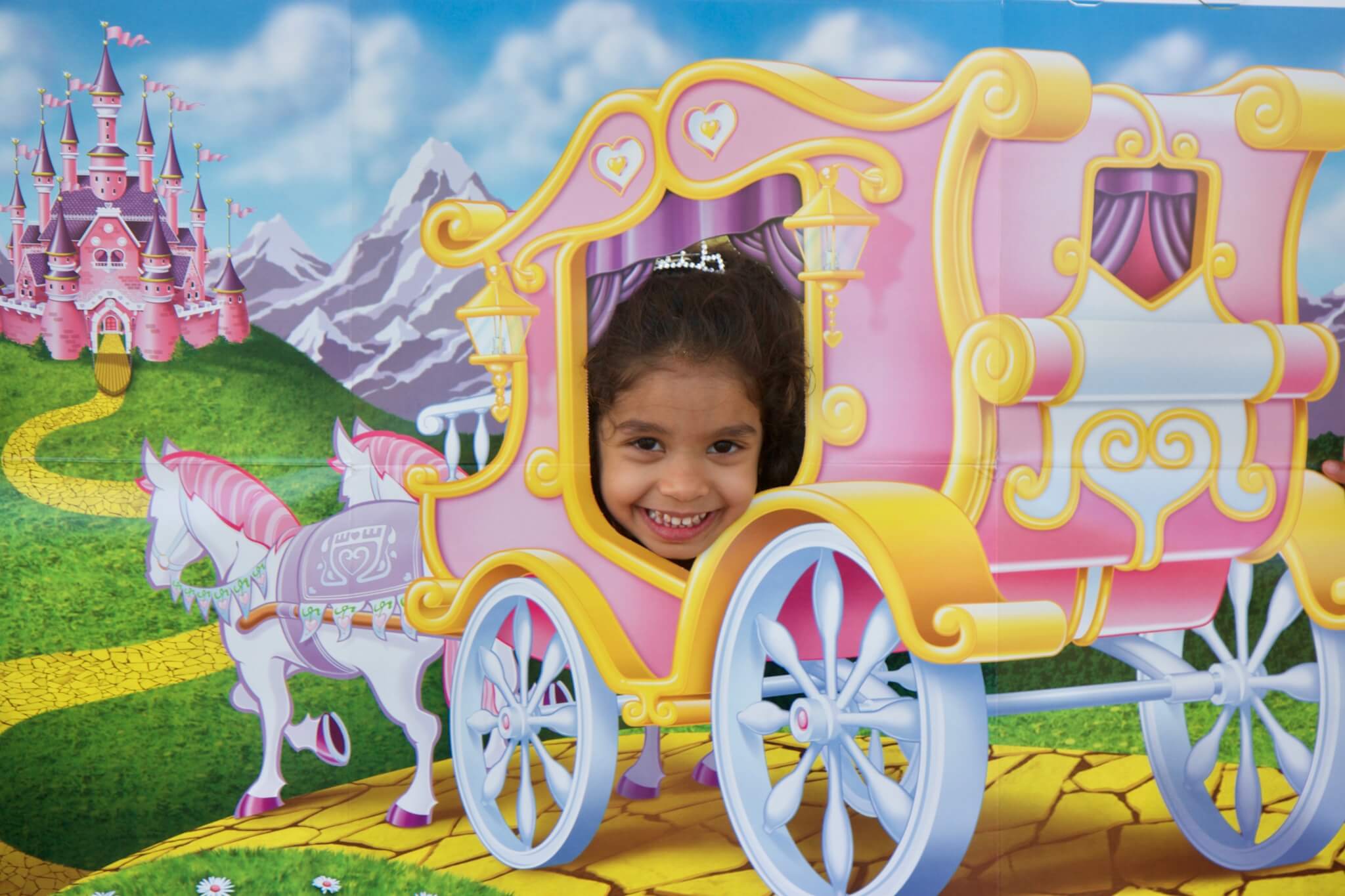 Come back for the tutorial for tulle pom pom soon!

Welcome to Craft My World! Join me here as I share super fun and simple crafts, DIY projects, party decor and home decor.